The City is committed to working cooperatively with its thriving business sector. In this section you will find links to information that will be helpful in starting and maintaining a business in Golden Valley. 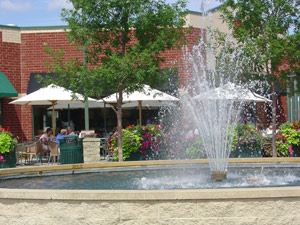 Golden Valley Commons is a popular dining destination, with several restaurants to choose from.

Golden Valley's proximity to downtown Minneapolis and its access to four major arterial roadways make it a prime commercial and industrial location. In fact, there are about 30,000 full-time jobs within the city - more per capita than any other city in the metropolitan area. 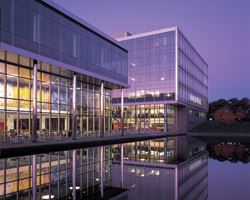 Retail development is interspersed throughout the city, with concentrations located at the intersection of Highway 100 and Duluth St as well as the intersection of Winnetka Avenue and Highway 55. Redevelopment of Golden Valley's downtown area along Winnetka Avenue and Highway 55 incorporates functions of walkability. Restaurants, shops, and services are intended to be accessible by area residents through motorized and non-motorized transportation.

Industrial development comprises 8% of Golden Valley's land use. It includes some manufacturing-based industry but is mostly light industry and business.

The City of Golden Valley is committed to continued redevelopment along major corridors, such as Interstate 394 (I-394) and Highway 55. The I-394 Corridor Plan, adopted in late 2007, and the Douglas Drive Corridor Plan, adopted in early 2010, both provide a vision for two areas in Golden Valley. The City is also committed to working cooperatively with existing businesses to retain the city's current job base.