The Diversity, Equity, & Inclusion Commission (DEIC) advises, recommends, and assists the Council in matters relating to diversity, equity, inclusion, and human rights. The mission of the Golden Valley DEIC is to promote and nurture a safe and welcoming community dedicated to the values of social equity, inclusion, and justice. 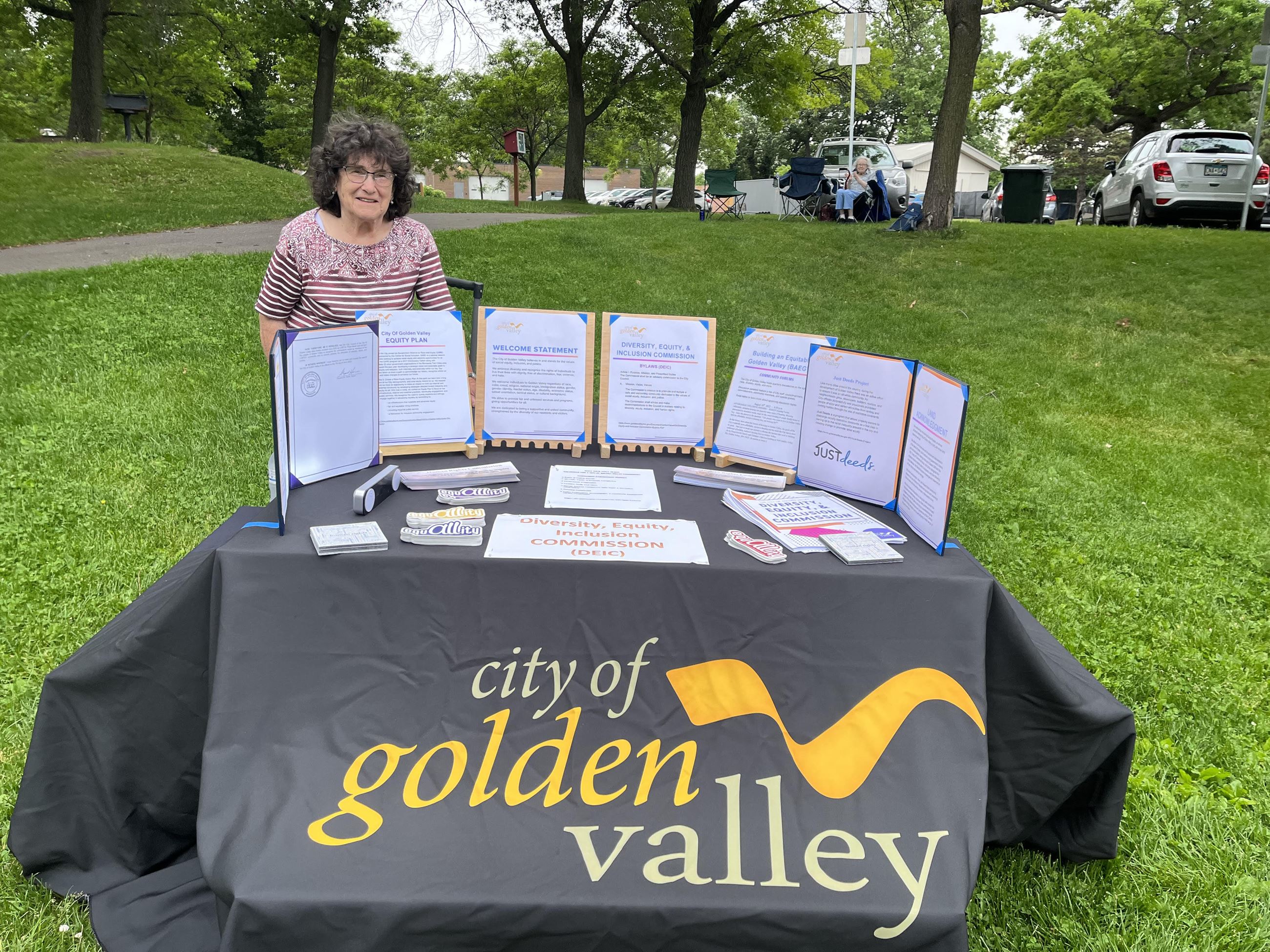 Diversity, Equity, and Inclusion Commission (DEIC) meetings will be cancelled due to lack of an agenda if there is no business to be discussed or if there is no quorum.

Attend The Meeting On Webex

The Bill Hobbs Human Rights Award recognizes members in the community who work to build an environment that promotes fair and equal treatment for everyone. It is presented every December in conjunction with Human Rights Day.

While nominations are open year-round, the deadline for submitting nominations for 2023 is Oct 18, 4:30. Nominations received after Oct 18 will be considered for the following year's award.

Bill Hobbs served on the Golden Valley Human Rights Commission from 1965 to 1995, joining shortly after moving to Golden Valley.

In 1999, he received the HRC's first Human Rights Award, named after Hobbs himself. The award is meant to recognize an outstanding citizen who has worked to build an environment that promotes fair and equal treatment for everyone.

Since then, the Bill Hobbs Human Rights Award has been presented to eight community members/organizations for their dedication in making Golden Valley a more welcoming and inclusive city.

Nominations may be submitted by either an individual or an organization (ie, a club, social agency, unit of government, religious denomination, school, or business). Fill out the online nomination form.

The award is presented during a City Council Meeting. The recipient's name is inscribed on a plaque permanently displayed in Golden Valley City Hall. In addition, the recipient receives a similar plaque inscribed with his/her organization's name. 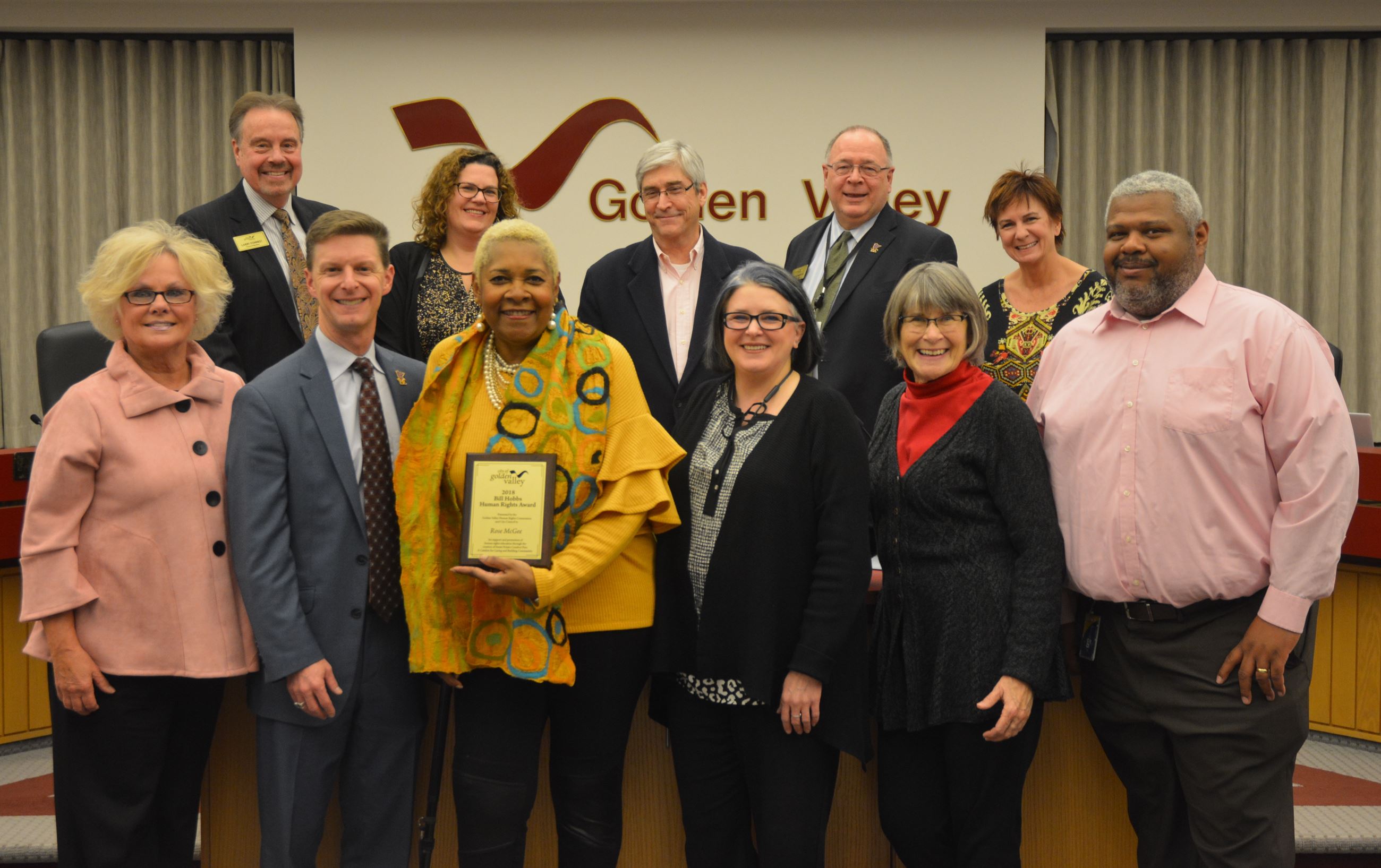 Students may enter any creative submission that exemplifies the themes and quotes above, including, but not limited to: artwork, poetry, videos, songs, raps, or essays. Audio or video entries can be submitted through YouTube or other multimedia platforms. Entries must include:

Cash prizes may be given to up to two students in each grade range: Pre-K–Kindergarten, 1–3, 4–7, and 8–12. Winners will also be recognized at the Sweet Potato Comfort Pie event.

In 2018, the Golden Valley City Council voted to create the Rising TIDES Task Force to provide recommendations on how to fulfill the City's newly adopted Equity Plan. Over the next 2 1/2 years, the task force spent its time researching and engaging with the Golden Valley community on various equity-based topics. Stemming from the Task Force's work was a proposal to create a more permanent body of appointed community members committed to diversity, equity, and inclusion. This new commission would also replace the Golden Valley Human Rights Commission (HRC).